Posted on December 6, 2014 by DigitalPlato 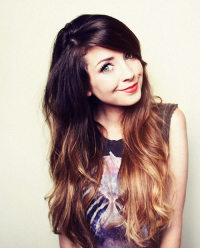 ‘The young adult novel follows the story of Penny, a teenager who blogs about her hidden feelings on friendship, boys and her anxieties.
Billed as “a modern day Notting Hill for teens”, the story follows the 15-year-old’s relationship with a US pop star that goes viral as her anonymous blog is exposed to the world…’
more

Novelist Isabel Allende on Her Literary Career and Memories of Chile During the CIA-Backed Coup
‘In a holiday special, we spend the hour with Isabel Allende, one of Latin America’s and the United States’ greatest novelists. Just this week she was awarded the Presidential Medal of Freedom…

Poch is a Bookrix author and a freelance writer. He is a frequent contributor to TED Conversations.
View all posts by DigitalPlato →
This entry was posted in news. Bookmark the permalink.