The 7 True-Blue Fundamentalist Christian US States 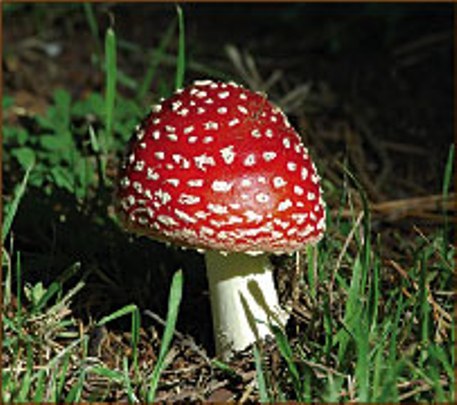 The Magic Mushroom
(see link below)

Atheists Banned From Public Office in 7 States
‘A bookkeeper named Roy Torcaso, who happened to be an atheist, refused to declare that he believed in God in order to serve as a notary public in Maryland. His case went all the way to the Supreme Court, and in 1961 the court ruled unanimously for Mr. Torcaso, saying states could not have a “religious test” for public office.

‘But 53 years later, Maryland and six other states still have articles in their constitutions saying people who do not believe in God are not eligible to hold public office. Maryland’s Constitution still says belief in God is a requirement even for jurors and witnesses…’
more

The US Navy’s New Spy Fish
”Silent Nemo’ robofish can swim into enemy territory undetected – and is designed to look exactly like a tuna. At a length of approximately 5 feet and a weight of nearly 100 pounds, the GhostSwimmer vehicle can operate in water depths ranging from 10 inches to 300 feet.

‘The fish can be controlled with a joystick or be programmed to swim on its own. The unmanned underwater vehicle is able to make tight turns and move through the water quietly, making it ideal for surveillance and reconnaissance missions…’
Read more

‘The Duchess of Cambridge was caught showing a little London sass when a bossy employee at the Northside Center for Child Development caught her relaxing Monday at a charity event.

‘Magic’ Mushrooms in Royal Garden
‘Hallucinogenic mushrooms are perhaps the last thing you’d expect to find growing in the Queen of England’s garden.

‘Yet a type of mushroom called Amanita muscaria — commonly known as fly agaric, or fly amanita — was found growing in the gardens of Buckingham Palace by the producers of a television show, the Associated Press reported on Friday (Dec. 12).

‘A. muscaria is a bright red-and-white mushroom, and the fungus is psychoactive when consumed…’
more

Poch is a Bookrix author and a freelance writer. He is a frequent contributor to TED Conversations.
View all posts by DigitalPlato →
This entry was posted in military, news, politics, religion, Society and tagged Banned From Public Office, United States Navy. Bookmark the permalink.