Why Domestic Violence is More Dangerous

Posted on January 8, 2015 by DigitalPlato 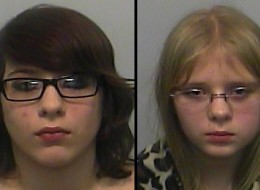 Police report: Girl, 15, says she was beaten by her brother before she shot him

‘Police say the 16-year-old son of Keith and Misty Sherree Kornegay was shot and killed by their 15-year-old daughter while the couple was out of town Monday evening.

‘According to a police report obtained by Action News from the White Springs Police Department, the sisters walked 3.6 miles from their home to the Dollar General store in White Springs following the shooting Monday night…’
– See more

Lawsuits Over a Fictitious Phone Number
The number was from a popular song
‘But Florida-based Clockwork Home Services, also a plumbing company, uses a toll-free version of 867-5309 in New England. It argues a company can only trademark a vanity number, like 1-800-FLOWERS.

‘Gem won round one when a federal judge in Boston recently barred Clockwork from using the number in Rhode Island and Massachusetts, effective this week.

‘But Clockwork’s lawyers said they would fight on.

‘Tommy “Tutone” Heath told The Boston Globe that he’d prefer if neither company used the number. “It’s ridiculous,” said Heath. “If I wanted to get into it, I could probably take the number away from both of them.”…’
more

What would you do if they told you your winning Lotto ticket had numbers misprint?
Man Told $500K Lottery Win Was a Misprint
‘As John started scratching, he came across not 1,2,3 or 4 – but 5 winning numbers, totaling over $500,000.

‘If you look closely at the ticket, you can see part of a number that’s supposed to be next to the 1’s, but it’s very faint and you can’t tell what it is.

5 Reasons You Should Be Scared of Google
Google Has All The Answers (About You)
‘Google wasn’t the first search engine to take the human interaction out of that process, it was just the best at finding the information you were looking for. And as long as you were sure to delete your search history afterwards, you could read up on any kind of fucked up, degenerate behavior you wanted without another human soul ever knowing.

‘It turns out, Google records everything you enter into its search engine. The lonely night a few months back when you Googled “how many fists can fit in the butt?” That’s stored on Google’s servers, correlated with your IP address and a pretty shocking amount of other personal information…’
Read more

Poch is a Bookrix author and a freelance writer. He is a frequent contributor to TED Conversations.
View all posts by DigitalPlato →
This entry was posted in CRIME, criminal law, internet, news, Society, TECHNOLOGY and tagged christmas, Computer file, White Springs Police Department. Bookmark the permalink.